Why We Need Bitcoin and How to Make Money from It: 12 Questions for Perm State University’s Cryptocurrency Expert

Cryptocurrency is a term heard increasingly often these days. A virtual analog of money, its creators describe it as belonging to nobody and yet, at the same time, to everybody.

This is a sector undergoing a rapid evolution. Yesterday the value of bitcoin broke the barrier of USD 11,000 per coin. It can already be used to purchase goods in Japan and Germany. And in Switzerland, there are calls to make it legal tender for paying taxes. A few months ago, the Central Bank of Russia spoke out against the legalization of cryptocurrencies, whereas Russian President Vladimir Putin recently called for advantage to be taken of the benefits that virtual money has to offer in the banking sector.

Sergey Ivliev, Head of the Laboratory for Cryptoeconomics and Blockchain Systems in the Faculty of Economics at Perm State University, believes that Russia will introduce regulation for virtual currencies in the coming months. This would inevitably make it a part of life for the majority of Internet users. We spoke to Sergey to find out why bitcoin was created, where it can currently be spent, and whether it will replace everyday money.

A cryptocurrency is virtual money that is based on encryption and distributed computing. More than 700 cryptocurrencies exist, the best known of which are bitcoin, litecoin, ethereum, ripple, and dash, among many others.

A blockchain is a chain of data blocks that contain information about transactions made by users of a cryptocurrency. One and the same version of this chain of blocks is stored simultaneously on all nodes in the blockchain, which ensures that the data are preserved. Cryptography guarantees the integrity of transactions against fraud.

Mining is the process of verifying blockchain transactions performed by special nodes on the network called ‘miners’.

Why was it created?

“The concept of bitcoin as a decentralized payment system was proposed in 2008 in an article by Satoshi Nakamoto (it is apparently still unclear whether this is a pseudonym used by one person or a group of people. – Ed.). At the time, the global financial crisis was unfolding, and expressing itself primarily in a growing lack of trust shown towards banks and the financial system. Bitcoin arose as a response to this crisis, representing a means of conducting financial transactions without intermediaries,” Sergey Ivliev tells us.

The creators of the cryptocurrency system made sure that the quantity of bitcoins is limited – the number was restricted from the outset to 21 million (there are currently 16 million).

“Why does gold keep going up in price? Because it’s rare, and there’s a finite amount of it. It’s the same story here: the fewer bitcoins there are, and the more they are used to make payments, the more they will be worth,” the expert explains. 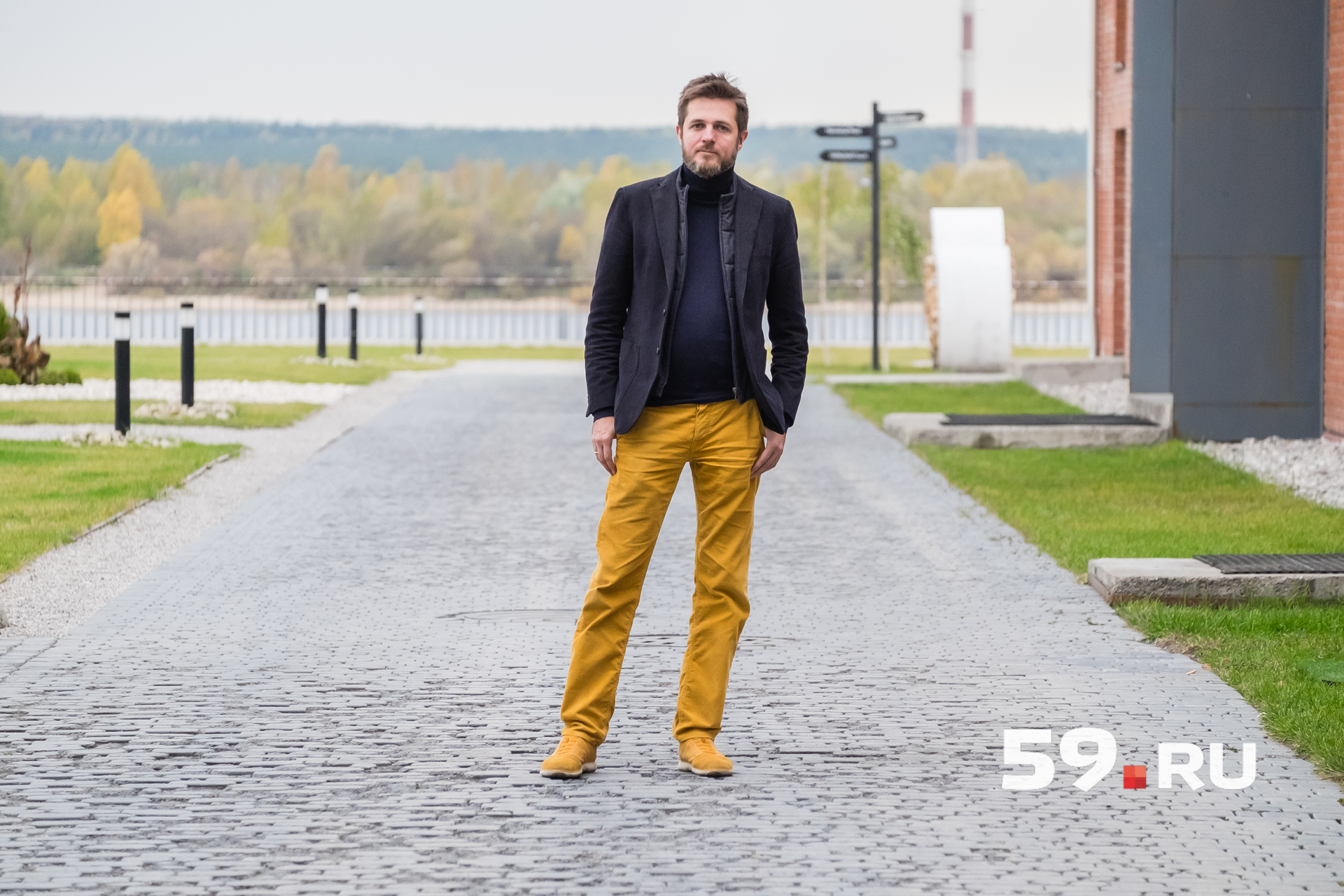 How does it work?

“Let’s imagine you have a blockchain wallet that contains bitcoins. You want to transfer them to a different address. You create a transaction and sign it with your private key. The transaction enters the queue. Miners gather the transactions in the queue into a block (in bitcoin, block size is limited to 1 megabyte, so with a transaction size of 200–300 bytes one block holds around 4,000 transactions) and solve a complex computational problem, competing to be the first to add the next block in the chain. The first to solve the problem receives a reward from the protocol (as of today, 12.5 bitcoins, or around USD 70,000 at the current exchange rate). On average, a new block appears in the chain once every ten minutes,” Sergey says.

The problems solved in mining are obviously a little different from the ones we faced in our school maths lessons. The computer has to pick out one combination from among millions – a single hash, which is a collection of symbols that consists of the hash of the previous block, the sum of the hashes of the transactions carried out within the last 10 minutes, and a random number, which the miners alter so that the resulting hash meets system requirements. It might look something like this:

If the block takes less than ten minutes to find, the next ‘problem’ for the miners will be more complex than the last. This is all part of the design devised by the creators of the protocol.

“If there are more miners at work, then solutions to the problems will be found more quickly. In this case, the system increases their complexity. If miners leave, the amount of time between blocks increases, and so the complexity is reduced,” Sergey explains.

Whenever a transaction is successfully completed, the result is added to the chain of blocks – the blockchain. Information about every operation is stored in the system and is accessible to everybody.

What do you need to mine?

“In mining it’s important to have the right equipment. An everyday ‘home’ laptop won’t be able to cope with these calculations, which exceed 10 million hashes per second globally. If you’ve got powerful hardware that can compete in terms of computing capacity, then it’s highly probable that you’ll receive a reward for a newly discovered block. The complexity of the problems is increasing with the arrival of new capacities. In order to stay in the game and keep earning, miners are being forced to buy increasingly effective equipment,” the expert explains.

The associated energy costs mean that the cryptocurrency takes on value: the more resources used to obtain it, the higher the cost of an attack on the network, and the greater its reliability.

What do miners get paid for?

“Every miner is responsible for checking operations. The miner stores the entire history of transactions and creates new blocks. It’s like being a notary, only distributed.

Miners have two sources of revenue – the reward for a block, which is issued by the protocol (and currently stands at 12.5 bitcoins, or around USD 70,000) and commissions from the transactions added to the block.

Let’s look at the second source in more detail: imagine a user wants to transfer 500 bitcoins to his business partner abroad. They start up their cryptowallet, submit the transaction request, and indicate a sum of their choosing to pay the miner for verifying it. This could be 0 bitcoins or even 10, but on average it’s around BTC 0.001–0.002. The larger the commission indicated by the user for the transaction, the more motivated miners are to process it ahead of other transactions.

As we’ve already mentioned, the number of bitcoins is limited. Once all of the bitcoins have been ‘mined’, which is likely to happen around 2034, miners will only receive money from commissions. This means that the commission price will gradually rise as well – it’s already uneconomic for small payments.

“Smaller transactions will be conducted using other blockchains and other mechanisms,” Sergey predicts.

Are there a lot of miners in Perm? (Editor's note: Perm is a city in Russia where Sergey lives)

“I’d estimate that there are quite a lot of miners in our city. There are even some major players, with equipment worth tens of millions of roubles,” Sergey says.

How can you make money from cryptocurrencies?

“To begin with, you need to keep in mind that a cryptocurrency is a high-risk investment. It can go down as well as up. Investments might pay off, but there’s also a chance that they won’t. The main thing is not to throw yourself in head first and not to sell your flat. If you want to give it a go, try investing part of your non-essential savings,” Sergey recommends.

You can invest in cryptocurrency. Register on an exchange, for example, Kraken, Bitstamp, or Bitfinex, buy bitcoins or other cryptocurrencies that you like the look of, keep them in your ‘wallet’ and wait for them to grow in value.

“Again, you need to keep in mind that it’s difficult to predict how much you’ll be able to sell cryptocurrency for tomorrow – volatility is high,” Sergey explains.

There’s another option – mining. But this is getting increasingly difficult to do from the comfort of your home, as you need powerful, energy-efficient equipment and access to a cheap electricity supply.

What do you need to purchase bitcoin, and where can you spend it?

You need to start a cryptowallet, for example by selecting one from the official Bitcoin website (or you can use Lykke Wallet - it's simple and comission-free). The most important thing is to keep hold of your private key, which only you have and which gives you access to your funds.

“With a card, for example, it’s simpler – if you lose or forget your pin code, you can go to the bank and get a new one. With cryptowallets, it doesn’t work like that. If you lose your private key, there’s no way of getting another,” Sergey tells us.

Legal entities can only legally conduct operations in cryptocurrencies abroad. There they have regulated exchanges, for example in Luxembourg, Hong Kong, and New York State. You can use cryptocurrency as payment in shops in Japan, and in some cantons of Switzerland you can use it to pay for municipal services and taxes.

What are the advantages and disadvantages of cryptocurrencies?

The main advantage is that they have made it possible to build an alternative financial system, which in many ways could work better than the existing one.

“The beauty of bitcoin is that it gives you direct control over your own assets. You don’t have to worry about the bank where you keep your funds closing, although at the same time it’s important to follow cybersecurity rules when using your wallet,” Sergey says

The major disadvantage is that it’s still an experimental technology at the end of the day, with serious limitations from the point of view of productivity and a high degree of volatility.

Is cryptocurrency a stage in the evolution of money?

“It certainly is. Zürich is home to the MoneyMuseum, which exhibits coins and money from different eras. It recently hosted an exhibition devoted to bitcoin. And this is telling – leading experts consider cryptocurrency to be a new stage in the evolution of money. The Bank of England has called it the most important innovation in the world of finance since the invention of double entry.”

“It could create an alternative option, but it won’t displace existing money completely. It’s like the Internet, which brought about a revolution in how information is exchanged, but hasn’t fully replaced books and television.

Cryptocurrency shouldn’t be thought of as electronic money. The electronic payment services offered by Yandex, for example, use the same rouble, only in electronic form. It’s still subject to all the same rules that apply to monetary transactions. This isn’t the case with bitcoin, which has its own rules.”

“At the moment we’re seeing cryptocurrency in its first stage of development. Public excitement is at its peak. There’s a lot of optimism. It’s possible that the technology has even been overestimated. But the point of no return has been passed. Cryptocurrency isn’t going anywhere – it will become normal, and may manifest itself in other ways too,” Sergey predicts. “There are as many as 40–50 million people using it throughout the world. In five to seven years’ time, this figure could reach one billion.”

Does the everyday user need to keep their finger on the pulse?

“Absolutely. Even though this is a new field, it’s developing at a rapid rate. Those who start working it out now will gain invaluable experience and, possibly, promising investments.”

The article is originally published on 59.ru